Rescue Food and Feed Others 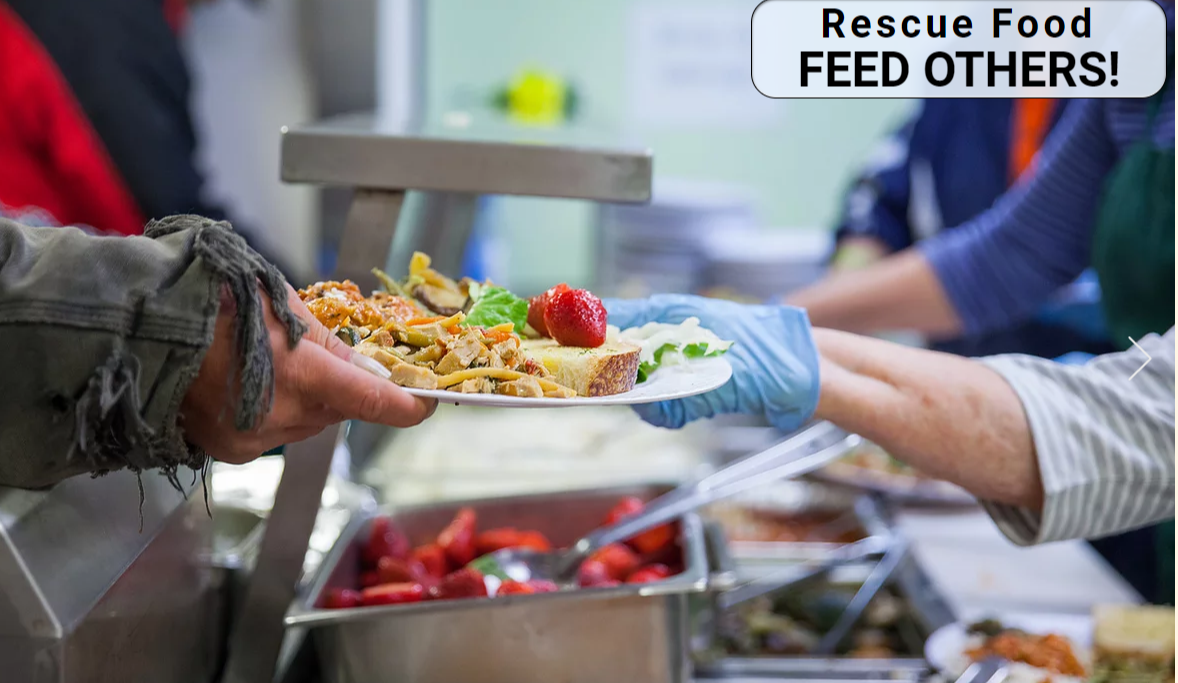 The Food Rescue Program is a program through the Thurston County Food Bank (TCFB) that keeps extra food from going to waste and making it available to hungry families. The TCFB picks up the extra food and packs it in trays or bags, and offers it to families who come through the food bank every week.

Restaurants, schools, institutions, and caterers often prepare food they don’t end up serving to customers. Maybe it’s a tray of pasta that only a few customers ordered or a platter of sandwiches that wasn’t served.  The Thurston County Food Bank picks up the extra food and packs it in trays or bags, and offers it to families who come through the food bank every week.

In 2017, Starbucks rolled out their FoodShare program in Western Washington with Food Lifeline, our local Feeding America affiliate, as the main contractor. TCFB was selected as the sub-contractor and began a graveyard pickup route at 28 Starbucks locations, at which they picked up unsold pastries, sandwiches, salads, and other items. FoodShare offered a per-store reimbursement that funded most of the dollars needed to do the pickups. It also resulted in an amazing influx of thousands of pounds of high-quality, ready-to-eat foods.

Through this program, Starbucks has demonstrated that it is a forerunner in the world of food rescue, as there is no other business or corporation that has provided food banks with funding for this work, or (in the upcoming 2020 model) pays a transportation company to pick up its surplus food and drop it off to food banks.

Food from businesses: The Thurston County Food Bank welcomes food donations from businesses. Call the Food Bank at 360-352-8597 to discuss the possibility of scheduling a pickup with TCFB or another Thurston Food Rescue organization. Although TCFB is unable to take on smaller pickups, some of the other organizations might really appreciate them, as thousands of pounds of food might be overwhelming, but smaller amounts would be suitable to the scale of their operation.

Food from community members: The TCFD is very happy to have community members drop off donations at their Client Services Center at 220 Thurston Ave NE in Olympia or their Warehouse & Distribution Center at 2260 Mottman Rd SW in Tumwater, 8:00 – 4:30, Monday through Friday (closed on WA State holidays)

Monetary donations are always appreciated, as food pickups require paid staff time (even if a volunteer ultimately is the person doing the pickup), gas, and vehicle-related expenses. https://thurstoncountyfoodbank.org/donating-money/

The Thurston County Food Bank has many opportunities for volunteers. Take on a rescue route or help sort and store food or help by repackaging meals for hungry families.

Several other organizations throughout the county are also looking for volunteers, and are listed on the Thurston Food Rescue website.

The Washington State Department of Ecology recently funded a media outreach effort called Thurston Food Rescue. This initiative attempted to broaden the awareness of Food Rescue work in the community beyond just TCFB, and to highlight other organizations also doing the work, such as the Community Kitchen, Senior Services, OUGM, Turning Point Church, and Hidden Creek Church.