From the Protectors of the Salish Sea 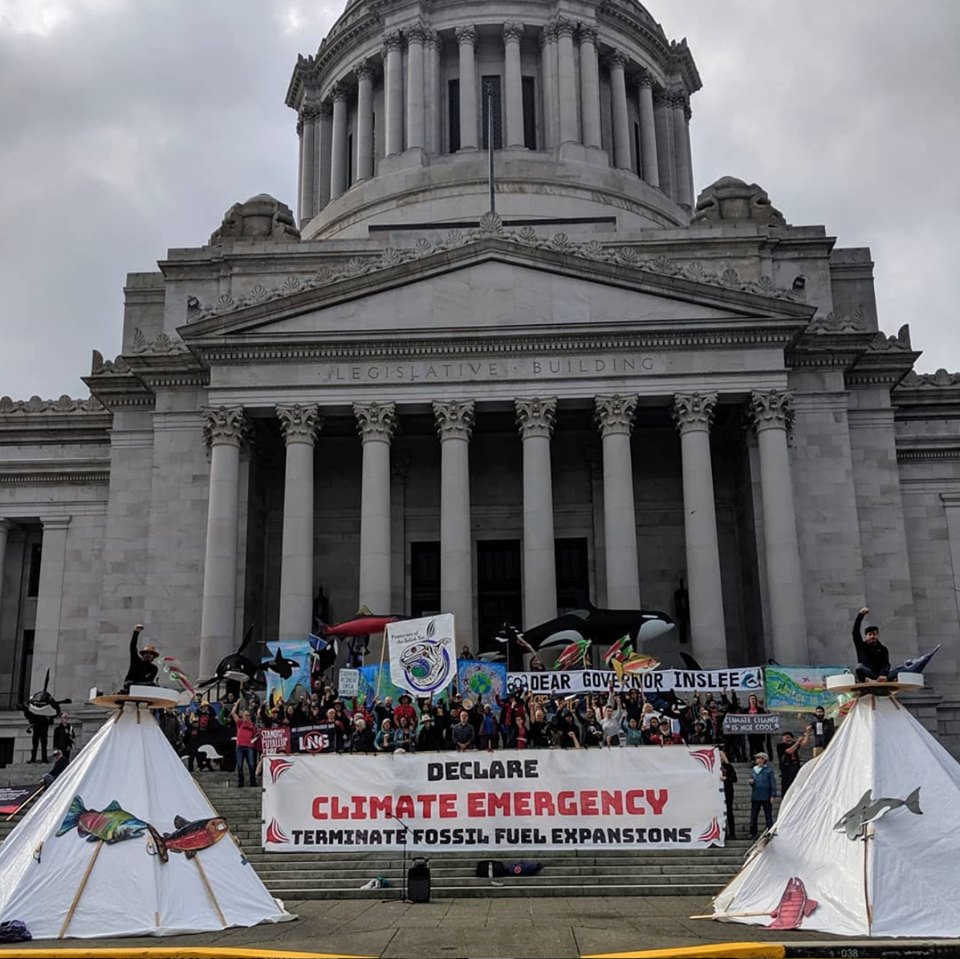 The Protectors of the Salish Sea are leading a grassroots movement to have Governor Jay Inslee take action and declare Climate Emergency for Washington State!

Can you add your voice?

Recently 11,000 scientists declared a Global Climate Emergency. Over 1,000 local & indigenous governments across the world have already declared Climate Emergency and have taken this important step in acknowledging the severity of the climate crisis and creating a framework that will move us away from fossil fuels, harmful practices, cultural genocide and business as usual – moving us into a livable future for our children, salmon and orcas. Our Coast Salish salmon cultures are diminishing before our eyes as significant numbers of glaciers in Washington State are now extinct causing a great detriment to the populations of our sacred salmon and orca relatives.

This is a fight for survival.

Now is the time to return the Sacred Promise to these lands, waters and ancestral beings of our Coast Salish Peoples by adding your voice for the voiceless. We have a chance to deliver a livable future for our children and grandchildren as millions of youth and allies rise up around the world to fight for a world free of the threats from Global Climate Catastrophe.

Can you help us spread this petition far & wide by sharing with friends, family and coworkers? By signing on, you could help Washington become the first U.S. State to declare Climate Emergency. Thank you for being a part of this! It will take unprecedented pressure to move away from business as usual in time to leave the door open for future generations.

Want to learn more? Click here to watch a video by Jenna Mason about the work of Protectors of the Salish Sea.