The vision of TCAT's leadership is to live in healthy balance with each other and planet earth. Click here to view the most recent Board Meeting Minutes!

Tom currently serves as Board President and is a founding member of TCAT. He works closely with TCAT staff on developing and carrying out TCAT programs.  He has lived and worked in Thurston County for over 30 years and has over 40 years experience working with community development, education, health, environmental, and transportation organizations. He has provided training on sustainability in Thurston County and throughout the Puget Sound region, with numerous presentations to elected officials. Tom has also worked with Native American communities in the Pacific Northwest and with state transportation agencies nationwide.

Michael began serving on the TCAT Board in 2021. He has been an Assistant Attorney General for the Washington State Attorney General’s Office for the last six years, where he represents the State’s Department of Social and Health Services and the Health Care Authority. In addition to working with TCAT, Michael has been involved with Capital Land Trust and Thurston County Volunteer Legal Services. Michael lives in Olympia with his wife and twin daughters, who every day renew his commitment to facing the challenges of climate change and securing a just and abundant future for generations to come 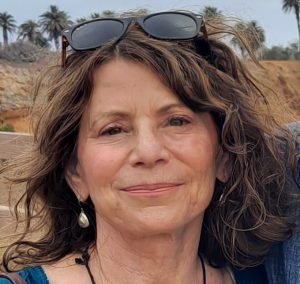 Lisa Ceazan is a native of Los Angeles. She moved to Olympia with her husband in June, 2017. Lisa has worked as a certified body therapist and instructor, a social worker, and a horticulturist and garden designer.

As a massage and acupressure therapist in the 1980s she offered her services pro bono at the Oscar Romero Clinic of El Rescate (The Rescue), a center for Central American refugees.  In the 1990s, she earned a Masters degree in Social Work at the University of Southern California and worked for Los Angeles County Department of Child and Family Services. Lisa also worked at the L.A. County botanical garden, South Coast Botanic Garden. She served on the board of  her local California Native Plant society chapter and on the board of the Southern California Horticulture Society.

In Olympia Lisa has been involved in local, state and national political activism with Olympia Indivisible, the TCAT Coordinating Committee, and the TCAT Tree Action Group. Additionally, Lisa formed a CD-10 environmental lobbying coalition with another TCAT member. The group lobbies for a variety of climate legislation.

David is a senior project manager with Washington State’s Department of Labor and Industries supporting the Division of Occupational Safety and Health through organizational development strategies and practices.  His work prior includes two decades of national, regional and local program development and technology integration focused on energy efficiency and conservation. He joined the board in 2019 to support TCAT and through the local community and grassroots activism, encourage and re-enforce the commitment to solving our climate challenges.

Geoff is the Senior Manager for Energy & Sustainability at Providence Health & Services where he has oversight for facility, security and medical equipment operations for two hospitals and 34 clinics. Geoff has dedicated his career to developing high performance healthcare facilities – having substantially improved energy efficiency at four major medical facilities in Western Washington. His current focus is on improving sustainability of Providence operations in Southwest Washington. Geoff is a licensed professional Engineer (Civil) in the State of Washington and Certified Energy Manager. In 2015, Geoff committed to a “car – free” lifestyle as a means of living out his value of environmental stewardship and personal responsibility for health.

Chris has served as the Executive Director of the Northwest EcoBuilding Guild, along with leadership positions in the Guild’s South Sound Chapter.  He has worked with TCAT since its inception in 2009.  Chris is a member of the Climate Advisory Workgroup for the Thurston Climate Mitigation Plan effort; co-chairs TCAT’s Buildings as Climate Action Group; is a co-founder and regional leader of Shift Zero, the statewide zero carbon building alliance; and is working closely with TCAT’s Carbon Free Thurston Campaign.

Dave joined TCAT in 2014, and his current role is Board Treasurer. After 27 years of service, he retired as Lieutenant with Lacey Fire District Three. His community service includes participation on the Board of Solar Washington for one year and the Tenino City Council for three years. Dave is committed to bringing renewable energy and energy efficiency to low and fixed income residents of Thurston County.